FLLCSD BOARD OF DIRECTORS WILL BE HOLDING THE DECEMBER 5, 2020 MEETING @10 AM VIA ZOOM WITH INFORMATION BELOW

The Fallen Leaf Lake CSD Board will be holding the December 5, 2020 meeting at 10 am via zoom. The information is listed below.

We want to thank the Kramer family for providing the Obituary for Bobby Kramer and offer our deepest condolences. Bobby was a great friend to the community and to our Fire Department. She will be missed. Please see her obituray below.

I want to give you an update on where your fire department strike team crews have been working. We have equipment and personnel assigned to the Butte/Tehama/Glenn Lightning Complex currently and they have been working throughout the summer on the following fires: The Poeville Fire, Hog Fire, Loyalton Fire and the SCU Lighting complex Fire. I am very proud of our personnel that have responded to the Strike Teams call outs and to all of our cover personnel that protect our basin daily.

Thank you to everyone for your continued support of the district and our fire department.

The Fallen Leaf Lake Board of Directors will be conducting our regular meeting via video / teleconference on August 29 at 10AM. Everyone is welcome to attend. The ZOOM meeting information is listed below.

Fallen Leaf Lake Store/Cafe/Marina continue to provide services to the Community and Visitors to our area. We ask everyone to wear your mask while visiting any of our facilities. We require mask to be worn inside the store area. If you do not have your own mask, the store provides mask for everyone. All food service is take out only and the store is limited to 10 customers at anytime. All sanitation protocols are in place and are ongoing everyday. Bathrooms are cleaned and air purification is in operation.

If you feel sick please stay home be considerate of others visiting our area.

Maintain social distancing of 6 feet and wear your mask.

Use sanitizer and wash your hand often.

Please maintain control of your trash and help keep our area clean.

NARROW ROAD AHEAD / LIMITED PARKING SIGNS ARE POSTED ON FALLEN LEAF RD. We do not have parking for RV's and the narrow road does not make for gooood access for RV's and larger vehicles. Our parking lot spaces are limited.

As you all know, we have had to cancel our BBQ and Wine Tasting this year due to COVID-19 restrictions required by the County of El Dorado and State of California.

On behalf of the Board of Directors, the Fire Department, and myself, I want to thank the Fallen Leaf Lake Community for your continued support of our Fire Department.

Thank you for all your support.

FALLEN LEAF LAKE CSD BOARD OF DIRECTORS WILL BE HOLDING THE ANNUAL BOARD MEETING @ 10:00 AM JULY 4, 2020 VIA TELE/VIDEO CONFERENCE.  INVITATION IS LISTED BELOW.

The Fallen Leaf Lake CSD Board of Directors will the conducting a regular meeting via tele/video conference. Everyone is welcome to join the meeting or call in.

The Fallen Leaf Lake CSD Board of Directors will be holding a special meeting @ 1:00 pm on Monday the 18th of May. This meeting is to discuss COVID-19 / CLM Store a, Cafe and Marina Operations.

CLM has set a target date for opening the Store, Cafe and Marina of June 5, 2020

PLEASE USE THIS NUMBER TO CALL IN TOTHE MEETING ON FRIDAY AFTERNOON THE 10TH OF APRIL AT 4:30 PM

Fallen Leaf Lake Board of Directors will hold a special meeting on Friday the 10th of April at 4:30 pm Via Teleconference

March 7th Board Meeting Is cancelled.

MEETING CANCELLED Fallen Leaf Lake CSD will be holding a meeting Saturday March 7th 2020 at 11:30 am at the El Dorado Hills CSD Parks and Recreaction Conference Room located at 1030 St Andrews Dr. El Dorado Hills, CA 95762. Everyone is welcome to attend. The Board Agenda will be posted by the 4th of March in the about section 2020 postings.

Fallen Leaf Lake CSD Board of Directors will be conducting a board meeting on December 7th at 11:30 am at our alternate winter location. The meeting will be held at El Dorado Hills CSD Parks and Recreation Department, 1030  St. Andrews Drive, El Dorado Hills, CA 95762. Everyone is welcome to attend our public meeting.Agenda December 7, 2019.pdf

FALLEN LEAF LAKE BOARD OF DIRECTORS MEETING, 9AM AUGUST 31 @ THE COMMUNITY BUILDING

The Fallen Leaf Lake Board of Directors will be conducting the regular board meeting at 9am on Saturday the 31st of August. The location of the meeting is our Community Building. Everyone is welcome to attend.

The Falllen Leaf Lake CSD Board of Directors will be holding its annual board meeting on July 6th 2019 at the Fallen Leaf Lake Community Building at 9 am. The public is welcome to attend. Please see the board packet located under the  ABOUT section  2019 postings.

The Fallen Leaf Lake VFD will be holding our annual BBQ and Cardboard Boat Races @1 pm on July 6th 2019. The locatinon will be at Stanford Sierra Camp Baby Beach. Please see the attached flyer for pricing and events.BBQ Flyer and Cardboard Boat Rules 2019.pdf

THE FALLEN LEAF LAKE CSD BOARD OF DIRECTORS WILL BE CONDUCTING A REGULAR BOARD MEETING ON DECEMBER 1 2018 AT THE EL DORADO HILLS CSD PARKS AND RECREATION MEETING ROOM AT 1030 ST ANDREWS DR, EL DORADO HILLS, CA 95762 STARTING AT 10:30 AM. This is our inclement weather location.

THE FALLEN LEAF LAKE CSD BOARD OF DIRECTORS WILL BE CONDUCTING A REGULAR BOARD MEETING ON DECEMBER 1 2018 AT THE EL DORADO HILLS CSD PARKS AND RECREATION MEETING ROOM AT 1030 ST ANDREWS DR, EL DORADO HILLS, CA 95762 STARTING AT 10:30 AM. This is our inclement weather location. Everyone is invited to attend.

THE FALLEN LEAF LAKE CSD BOARD OF DIRECTORS WILL BE CONDUCTING A REGULAR BOARD MEETING ON SEPTEMBER 1 2018 AT THE COMMUNITY BUILDING (OLD STORE) AT 9:00 AM EVERYONE IS ENCOURAGED TO ATTEND

THE MEETING WILL BE AT 9:00 AM ON SATURDAY THE 1st OF SEPTEMBER AT THE OLD STORE.

Everyone is welcome to attend. The meeting will start at 9:00 am.

THE FALLEN LEAF LAKE POST OFFICE WILL BE CLOSED DURING THE 2018 SEASON.

The Fallen Leaf Lake Post Office will be closed for the 2018 season.

The U.S. Post Office is offering free post office boxes, to current Fallen Leaf Lake postal customers, available at the Post Office located at 950 Emerald Bay Road in South Lake Tahoe. For all the information from the Post Office, regarding the process, please click the .pdf file above for the post office information. Notices are also posted on the front door of our Post Office. For any question concerning the closure and where you will be able to access your mail, please contact the CSD offices at 530-544-3300

Fallen Leaf  Lake CSD Board of Directors will be conducting a meeting at El Dorado Hills CSD's Parks and Recreation Meeting room located at 1021 Harvard Way, El Dorado Hills, CA. This is an alternate location, due to predicted extreme winter weather for the Fallen Leaf Lake area. The meeting will start at 11:00am. Everyone is welcome to attend.

FALLEN LEAF LAKE CSD BOARD OF DIRECTORS MEETING DECEMBER 2, 2017 @ 9:00 AM. The meeting will be held at the Fallen Leaf Lake Fire  Station # 9.. The meeting is open to the public and everyone is welcome to attend.

The Fallen Leaf Lake CSD Board of Directors will be holding a scheduled board meeting @ 9:00 am at fire station #9. on September 2, 2017. Everyone is welcome to attend.

STPUD has requested a public meeting for September 1 @ 10 am to provide information to the  public  about the upgrades that will be performed on the sewer line from the Beach Station #4 toward the Fire Station pump location. Everyone is welcome to attend.

Fallen Leaf Lake CSD Board of Directors Meeting May 27 2017

We invite everyone to attend.

Fallen Leaf  Lake CSD Board of Directors will be conducting a meeting at El Dorado Hills CSD's Parks and Recreation Meeting room located at 1021 Harvard Way, El Dorado Hills, CA. The meeting will start at 10:00am. Everyone is welcome to attend.

A quiet man who never wanted much attention, but whose family has left a rich history at Fallen Leaf Lake has died. 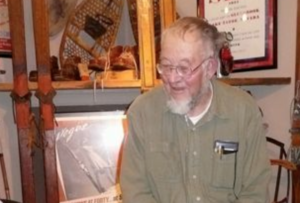 His grandfather, William W. Price, started Camp Agassiz for boys in 1895, which led to the resort at Fallen Leaf Lake. It started as a tent camp. Price and his wife, Bertha, had Fallen Leaf Lodge up and running in 1909. They also operated the Housekeeping Camp.

To start with there was no indoor refrigeration; the ice house was located near what is now Stanford Sierra Camp. Supplies were bought at the Celio’s in Meyers because there was no commercial development at the Y in South Lake Tahoe then.

Born in 1928, Mr. Craven, spent his childhood summers at the lodge. In those days it was possible to take the train from San Francisco to the Tahoe Tavern and the S.S. Tahoe steamer to Camp Richardson. Most of the time, though, the trip was made by car.

In the mid-1940s, Mr. Craven met his future wife, Barbara Granger, at Fallen Leaf. Their families had neighboring cabins. She was 18 and he was 16. The couple managed the lodge from 1972 to 1985. They were among a handful of people who lived at Fallen Leaf Lake year round. Mrs. Craven continues to live there.

Mr. Craven’s mother, Harriet Price Craven, and her sister Francis Price Street ran the lodge before he took it over.

The 20-acre lodge site was sold to the Stanford Alumni Association in 1951, which was appropriate since his grandfather graduated from Stanford. That is where Stanford Sierra Camp now exists. The families operated the adjacent 78-acre parcel as a camp and cabin rentals until the 1980s.

In the forward for Janet Beales Kaidantzis’ book “Fallen Leaf: A Lake and its People 1850-1950” Mr. Craven wrote, “Fallen Leaf Lake’s happiest years occurred during the one-hundred-year period of this book. For most of that time, the Lake was unknown and sparsely populated. It took great effort to get here; those who made the trip were hardy types who appreciated nature and simple living.”

Mr. Craven attended UNR, where he graduated in 1951 with a degree in mining engineering. He worked as a mining engineer in Ione until he took over the lodge.

Mr. Craven served as the president of the Lake Tahoe Historical Society. His mother had been a founding member of the organization.

In October 2010 he gave a talk at the South Lake Tahoe Library that was videotaped. Per his instructions, the Historical Society could not release copies of it until after his death. Mostly he talks about others and not his contributions to the South Shore.

He got his driver’s license when he was 13. During World War II he drove a truck for Sierra Tahoe Market which was dealing in the black market for meat.

At the talk he admitted that when gaming came to the Stateline as a 15-year-old he was playing penny slots.

Mr. Craven was saddened to see regulations put in place that essentially curtailed the building of old-style Tahoe cabins, but instead favored McMansions.

He is survived by his wife, Barbara; a son and daughter; and several grandchildren.

Per his request there were no services. Donations may be made to the UNR Foundation, Mackay School of Mining, PO Box 162, Reno, NV  89557.

The Fallen Leaf Lake community, while beautiful, is an ideal environment for a devastating wildland fire.  With the onset of summer months comes the drying and curing of our lands and the vegetation "fule" surrounding our homes.  As temperatures peak, humidity drops and the summer winds blow, the potential for wildland fire increases.  Despite the efforts of firefighters, many homes are lost each year due to wildland and wildland urban interface fires.  It is imperative that you prepare now to protect your home from such occurrences.